The Swarovski Lovlots showcase is showing some colorful new charactersâ¦the most noticeable being the new Swarovski Dinosaurs! 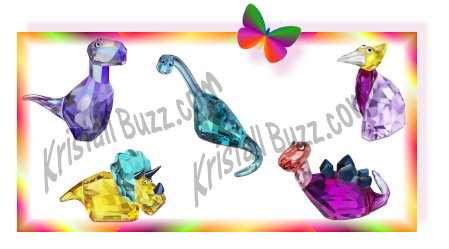 Swarovski has created 5 new characters, all types of dinosaurs, who are a part of Lovlots community according to the crystal giantâs own web site:

So cheers to Swarovskiâs newest characters representing the enormous, extinct reptiles of the earth!