The SCS Whales Box is a big white cylinder with silver-gray end caps.Â  It is similar to the Turtledoves Box and Dolphins Box, and Seals Box at a glimpse.Â  On the Whales cylinder, collectors can read the text âAnnual Edition 1992 âCare For Meâ â the Whales in English and in 5 other languages on the cylinder container. The Swarovski Whales Box can be found using reference # DO1X921B, which was originally used in the Warnerâs Blue Ribbon Books on Swarovski Price Guide.Â  The factory-assigned identification number cannot be found on the cylinder. 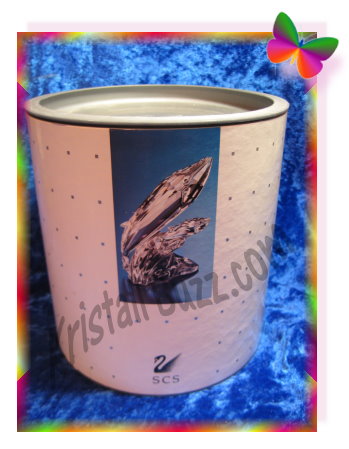 The foam in the cylinder is designed exclusively for the Swarovski SCS Whales figurine. This particular setup employs a single piece of hinged foam with cutouts to perfectly fit the Whales.  The Whales Certificate is simply placed on the top foam prior to placing the lid covering.

The SCS Whales Box can be found at Crystal Exchange America in the Empty Boxes category.  One is available at this time for $125.  The Care For Me Whales box includes the original foam insert. 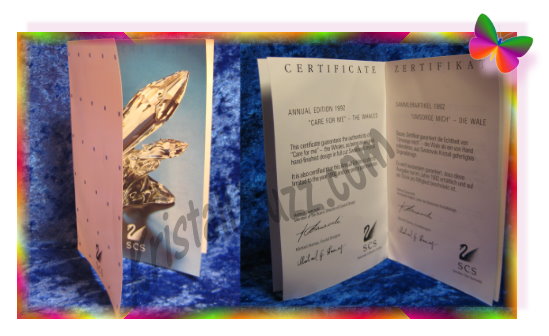 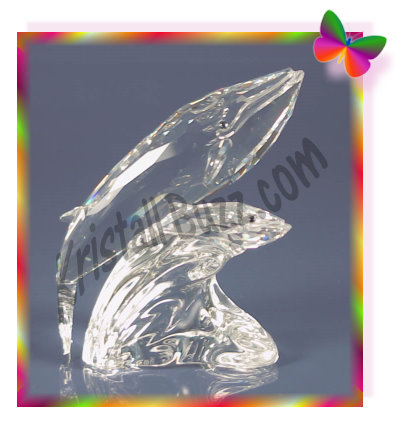