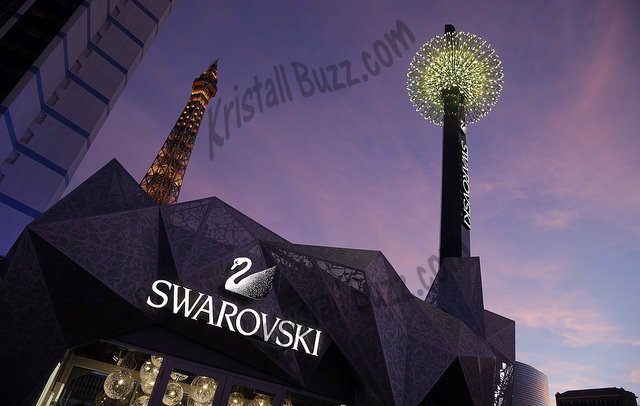 Just this week, the crystal giant has officially launched their Swarovski Midnight Celebration in Las Vegas.  It is a spectacular light and sound show, lasting about 3 minutes.  Swarovski’s vision in the starburst was that it would create a New Year’s Eve excitement 365 days / year! 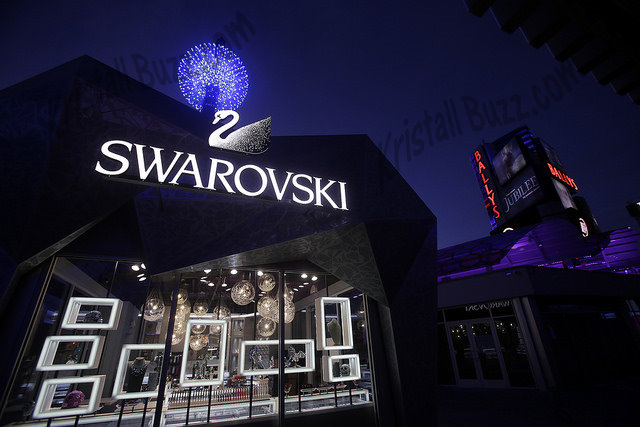 This unique starburst is the only one in the world.  Measuring about 14 feet in diameter, it features 911 custom-cut Swarovski spheres and over 1800 points of LED lights.  The light-action show is choreographed to music. 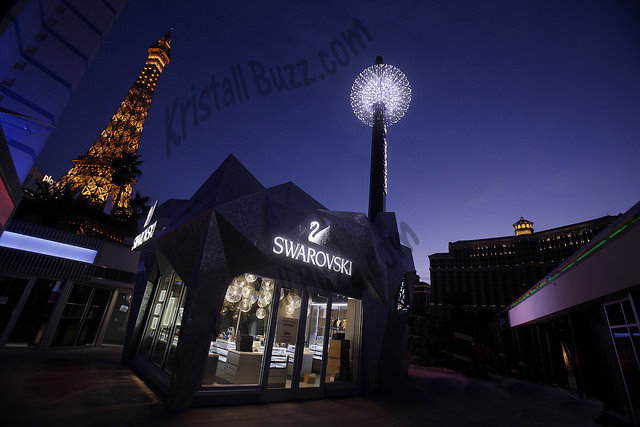 The Swarovski Starburst is located above the 400-foot free-standing pavilion store on the Las Vegas strip.  Even the design of the pavilion store architecture was to have the store resemble  cut crystal utilizing many angular facets. 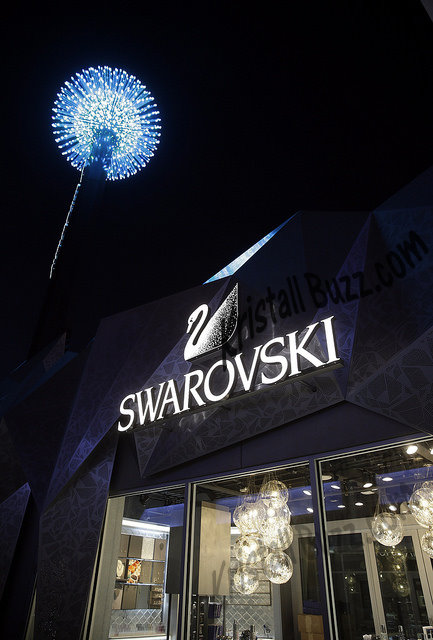 The Grand Bazaar shops, which Swarovski is a part of, opened the outdoor shopping attraction on February 26.  Following the motif that bazaar shops allow bartering, there will even be items that shoppers can do some price-negotiating….can you imagine…..bartering at a Swarovski store!  The featured items may change daily.  Store hours for this location are 9:30am to 12:30am daily.

So, whether you want to see the Swarovski Starburst Light Show, visit and barter in the Swarovski shop, or simply have a great time in Las Vegas, this sounds like a must see stop for Swarovski crystal fanatics! 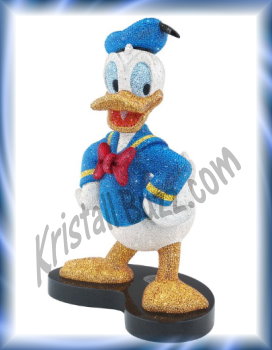 Swarovski is about to release another Swarovski Disney Myriad…Donald Duck!

This Myriad is the 4th Limited Edition Disney statue to be released since 2013, all of which have sold out.  Among these Swarovski Crystal Myriads are:

The Swarovski Disney Myriad…Donald Duck should be available at the Swarovski web site near the end of 1st quarter, 2015.  This is expensive news for Crystal Fanatics and Disney Fanatics alike!

Swarovski fanatics are generally excited to learn about limited editions.  We recently learned about an unusual limited edition Swarovski Nativity Set available in a European country.

This Swarovski Nativity Set was available in Germany.  At some point, Swarovski made a decision to not be involved in religious motifs (according to information I  received).  However, this Nativity set had already been made.  A German company agreed to purchase 100 from this lot already produced and sell them under their own name around 2004. 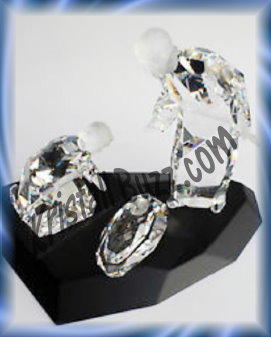 The Limited Edition Nativity Set consisted of crystal Joseph, crystal Mary, and crystal Baby Jesus.  The base is black lacquered wood.  Since they are not sold under the Swarovski name, they would not have any Swarovski marking on them.   And instead, ALL of the crystal figurines have “Artfides” on the bottom of them.  The clothing of the people figurines are clear crystal.  Faces, hands (basically flesh areas) are frosted.  Joseph is approximately 18 cm high, Mary 11 cm high, and Baby Jesus 9 cm wide.  A Swarovski system # associated with this set is 680865.

What a find for the collectors who have Swarovski Limited Edition Nativity Set in their collection!

The crystal brand has previously produced ‘The Cross of Light’ and other Swarovski Nativity Figurines:

At the Crystal Exchange America website, Swarovski Nativity figurines can be found in the Christmas & Ornaments category when there are listings available for purchase.