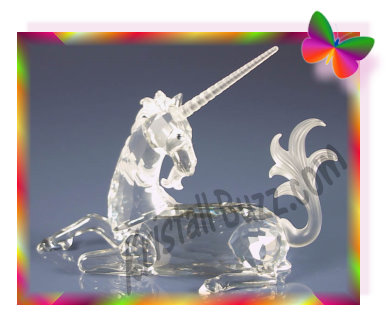 Swarovski introduced a cute Kris Bear figurine holding his skis and poles in 1999.Â  The official name of the crystal figurine is âKris Bear with Skisâ. 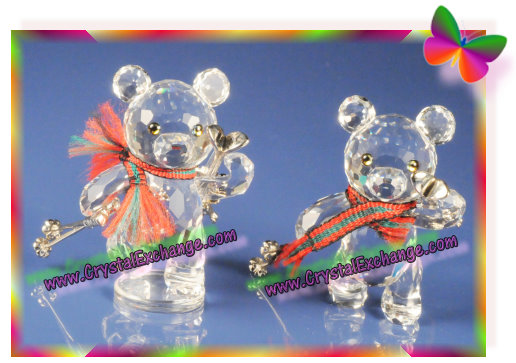 Swarovski crystal fanatics are probably asking about the history and reasoning of the variations on the Kris Bear with Skis figurines.

Viewing the picture, collectors can see that the figurine with the crystal disc base is likely to be more stable and less likely to tip over.  It is widely believed that this is the reason that the base was added to the Swarovski Kris Bear with Skis figurine.

So how long was the variation without the base produced?  The production time or quantity is unknown.  The theory is that the unsteadiness was discovered fairly early, and the ones without the base may have been samples for Swarovski representatives to take to the retail stores and the remainder of the first bulk production ended up on store shelves.  One thing for sure, the Kris Bear with Skis (no base) is a Swarovski HTF figurine, and it does command higher prices on the secondary market.

When crystal figurines appear on the market in multiple variations, collectors sometimes wonder about authenticity and counterfeiting.   Both variations of the Kris Bear with Skis would not likely be counterfeited simply by removing/adding a base.  This is because of the location of the Swarovski Swan logo on the figurine.  For the variation without the base, the swan logo is directly on the foot.  For the variation with the base, the swan logo is on the base.  Taking a crystal figurine, and carefully removing the base would result in a figurine without the swan logo at all.  For this particular Swarovski figurine, a Kris Bear with Skis (no base variation), this should raise a BIG RED FLAG as being altered (base removed).

If I were to purchase the Swarovski Kris Bear with figurines for myself or as a gift, I would select the one with the base.  I would not want one that would be more likely to tip over and break, complicated by the fact that it would be more difficult to replace.

If you are looking for any of the retired Kris Bear crystal figurines, Crystal Exchange America has nearly 70 available for purchase.  Swarovski Kris Bear figurines.  They can be found in the “Other Silver Crystal” category, “Toys” subcategory.