The Swarovski Turtledoves Stand is primarily thin plastic with a cardboard base underneath.  The SCS Turtledoves  Stand is blue with soft flocking on the top.  The underside is black cardboard.  The indentations on the top are an exact complement to the frosted Turtledoves branch.

Using information shared from our clients as well as transactions completed, it seems that the Swarovski Turtledoves Stand and Swarovski Turtledoves Plaque were sometimes sold as a pair.  Crystal Exchange America has seen just a couple of them that come together, in a little Swarovski box that matches the silver / blue design of the SCS Swarovski Caring and Sharing boxes used for the Lovebirds and Woodpeckers (Remember, the Turtledoves box is a white cylinder).

The SCS Swarovski Turtledoves Stand is not effortless to find in good condition.  It is not uncommon to see the outer edges fraying / cracking, so this is something to be aware of when purchasing. Crystal Exchange America has a single listing for the Turtledoves Stand at $135.  However, it would appear that this price may be more than most crystal collectors are willing to pay for such a fragile stand that does not really add anything to the overall appeal of displaying the Swarovski Turtledoves.

The second Swarovski SCS crystal figurine was the Swarovski âSharingâ Woodpeckers.    These Woodpeckers, part of the Caring and Sharing trilogy, were certain to be treasured by the SCS member.  Just like the Swarovski Lovebirds, Swarovski offered an optional display stand with the 1988 SCS annual edition. 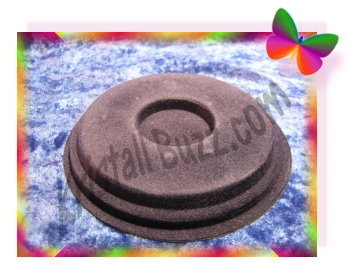 The Swarovski Woodpeckers Stand is very similar to the Lovebirds standâ¦It is mostly thin plastic with a cardboard base underneath.Â  The SCS Woodpeckers Stand is navy on the surface, and has a velvet-like texture.Â  The underneath side appears to be black cardboard.Â  The round cut-out on the top is a perfect match to the frosted Woodpeckers trunk, which gives it further stability not seen by many other display stands.

The SCS Swarovski Woodpeckers Stand is not easy to find, so determining a value on this stand is more difficult.  Remember, the Lovebirds were very limited in terms of distribution.  Crystal Exchange America does have a couple Swarovski Woodpeckers Stand units available in the range of $135 – $185.  We have not found too many Swarovski collectors purchasing them, but they are available for collectors who want to have every possible accessory to go with their Woodpeckers.

The very first Swarovski SCS crystal figurine was the Swarovski âTogethernessâ Lovebirds.Â Â Â  These Lovebirds were an outstanding figurine, to be cherished by the SCS member.Â  Swarovski offered more than just the figurine, they also offered an optional display stand with the 1987 SCS annual edition.

The Swarovski Lovebirds Stand does not compare to the effort and presentation that we think of when the term âdisplay standâ is mentioned along with âAnnual Editionâ.Â  The Lovebirds stand is mostly thin plastic with a cardboard base underneath.Â  The SCS Lovebirds Stand is navy on the surface, and has a velvet-like texture.Â  The underneath side appears to be black cardboard.Â  (And Iâm not going to disassemble it to figure out what is in the middle.)Â  The cutout on the top is a perfect match to the frosted Lovebirds base, which gives it additional stability not seen by the presentation stands produced in the 90âs and into the first decade of 2000. 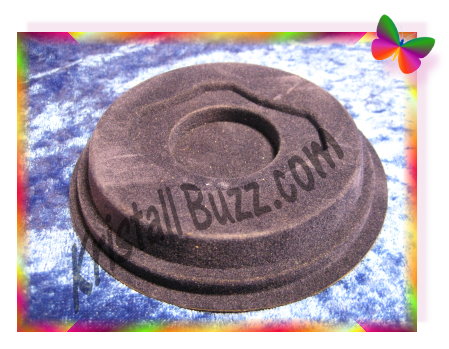 The SCS Swarovski Lovebirds Stand is not easy to find, so determining a value on this stand is more difficult.  Remember, the Lovebirds were very limited in terms of distribution.  So, of those SCS members that purchased the figurine, what percentage actually procured accessories to go with the Lovebirds?  I did find any ongoing transactions anywhere for the Swarovski SCS Lovebirds Stand! I found a couple completed auctions (Feb, 2012) on ebay for “Lovebirds Stand”, but without being able to see a picture or review the item description, I cannot be for certain it is the correct stand.  But if one wants to  assume they are valuation, each were sold at $199. It is not fair to draw conclusion on value based on out-dated pricing as re-sale prices fluctuate based on availability as well as the state of the economy.  That being said, the last two transactions for the Lovebirds Stand at Crystal Exchange America were back in 2007.  Both Swarovski Lovebirds Stand units sold in the price range of $155 – $180.  Would a Swarovski collector pay that now?  Would they pay more than that now?  In short, it all probably all depends on the condition how badly a collector wants it.  If the ebay auctions were indeed for the same stand, this would show that the value of the Swarovski Lovebirds Stand has not dramatically changed in the past 5 years.